Too many damn cooks.

Online Travel Agencies (OTAs) remove IHG from the equation by providing a one-stop shop for booking, which hurts sales and takes away the ability to sell an experience that is more customized and profitable.

IHG Created 'Your Rate', a lowest-price guarantee reserved for members when booking through IHG.com.

I served as the lead designer on this project alongside designers Thomas Hoomes and Alex Lee, with oversight from Quality Control manager Ashley Mack.

‍It was a grueling 2 months.‍

Between going toe-to-toe with agencies like Ogilvy & Mather and Interbrand, round after round of grueling review, and countless changes coming from left and right, I was beat. The creative was the easy part, but the translations were what killed us; without the intimate knowledge of our sites that my team possesses, their solutions to our problems didn’t account for correct sizing, navigation, and so on. But we managed; we took the deck we were given and turned it into over 250 assets in 4 different languages in the span of one week.

It took a-lot of doing. Here's a small taste of how we got it done:

Pitted up against two power-house agencies, it was up to me to represent my internal design organization (IHG Digital Design) in a bid to create a logo to encapsulate IHG's book direct program. Drafting a proposal for such an endeavor from within the organization itself was both beneficial and detrimental at the same time; having input from several of our marketing team members helped our presentation to be a pointed one with the business in mind, but would ultimately hamper our potential to compete with a more creative vision of an agency not hampered by internal expectations.

Through several iterations, our solution was a sort of badge. By collecting together the important elements (rewards club logo, descriptive promise) these badges were build to span multiple viewports and encapsulate the spirit as well as the value of the proposition. However, between version one and version 7 the flavor was diluted by the ridiculous level of input I was receiving. The image above shows the last version of the badge with soul, before the heavy-handed neutering came to pass. 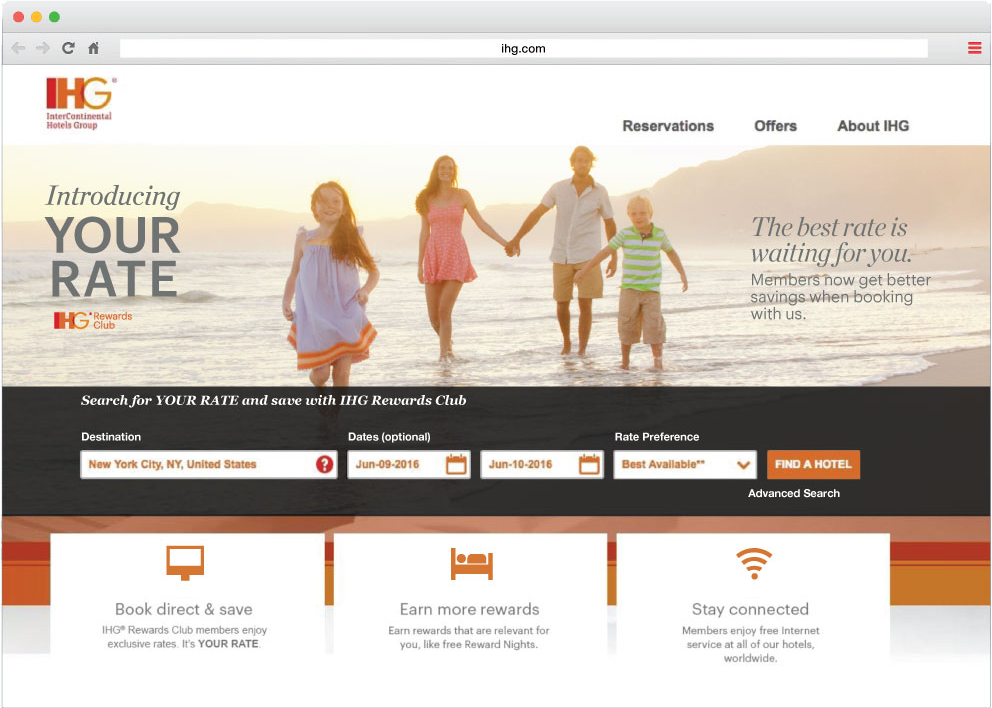 Ultimately, our solution couldn't hold a candle to the creative (yet impossible-to-deliver) experiences as presented by the other agencies.

However, the ambitious work selected to represent the book direct channels was anchored down by one significant caveat; it didn't take into consideration any existing IHG design systems in any capacity. Take, for example, the accompanying image; the (proposed) hero here removed all required hero space text/CTAs while simultaneously managing to propose changes to all of IHGs navigation.

So it fell on my team and I to translate the work  Interbrand did into hundreds of assets in a very short timeframe; 10 days, to be precise. 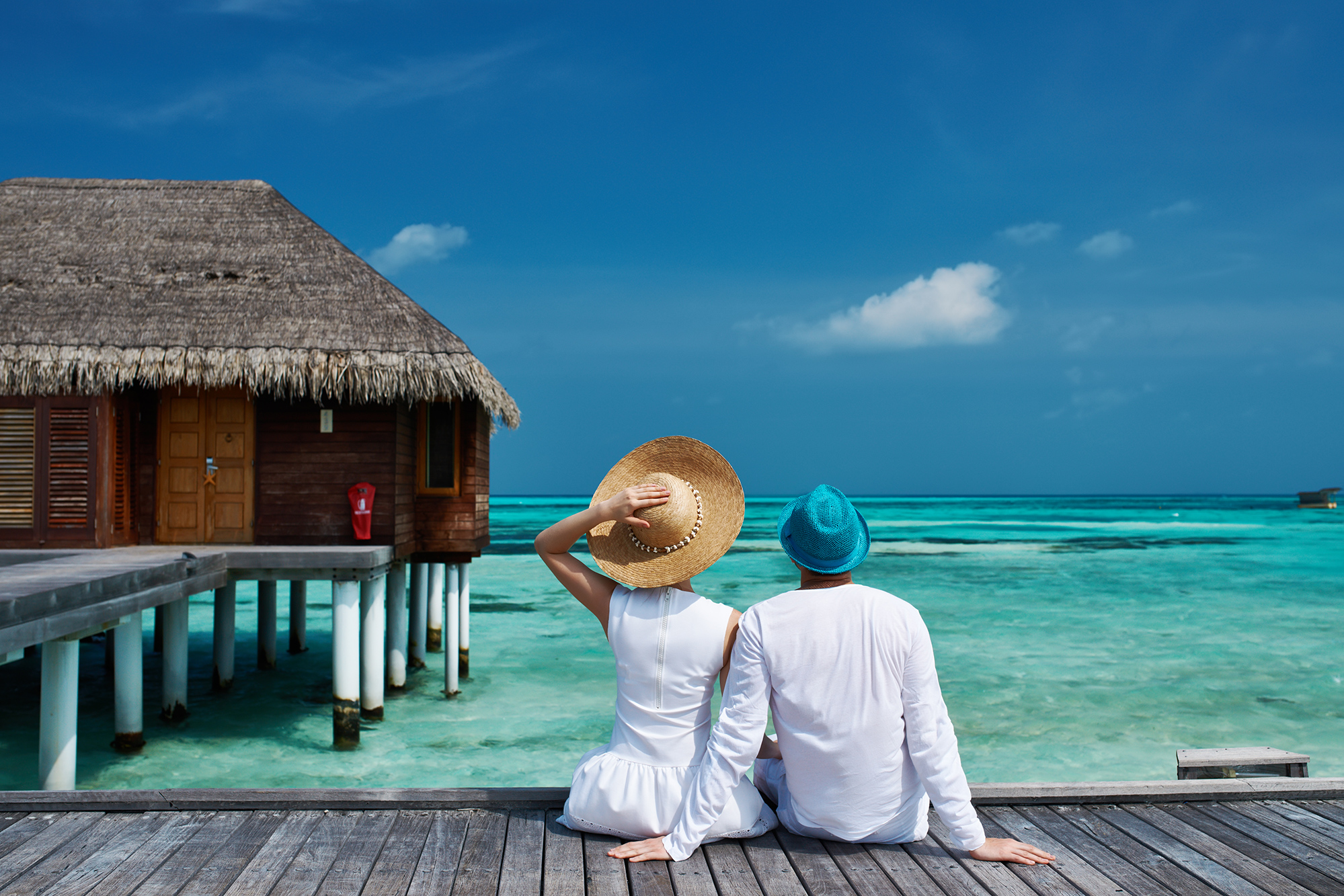 The first IHG Your Rate campaign launched in March of 2017. It may not have been our creative, but I am still proud of the hard work my team and I put in to launching this tremendous, international effort. The campaign launched on time across 8 different brands, with assets distributed online, on social media & via other affiliate media.

And that was just round one. We would go on to work on the next three iterations of creative for Your Rate, creating a total of over 1200 individual assets in a little less than a year. And while that might seem like alot, I'm thankful to this day to have had the opportunity to become a better designer and to better appreciate production design for the rollercoaster it can be.

Even though I had blisters on me fingers for weeks after, I'm better off for it. 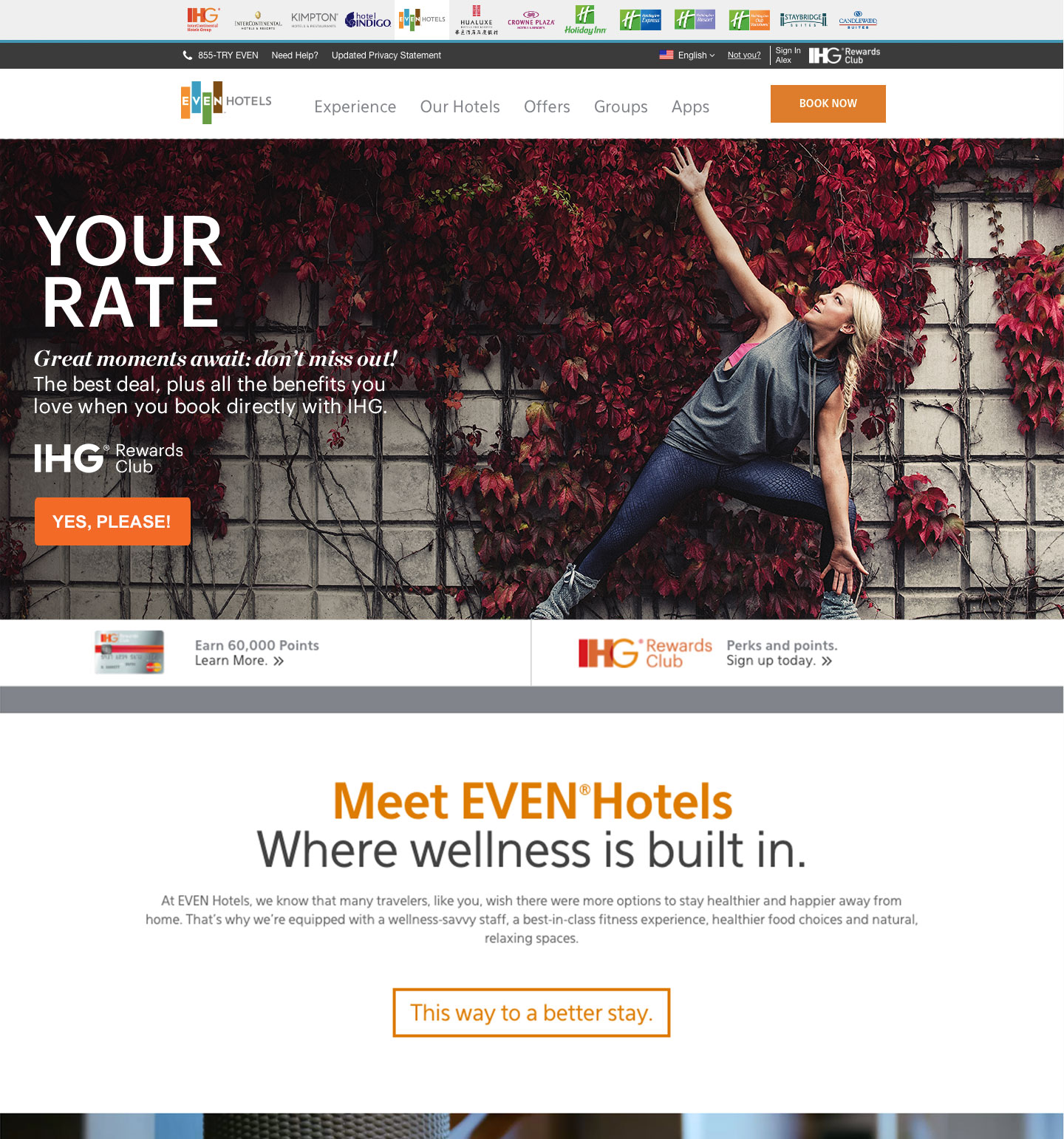 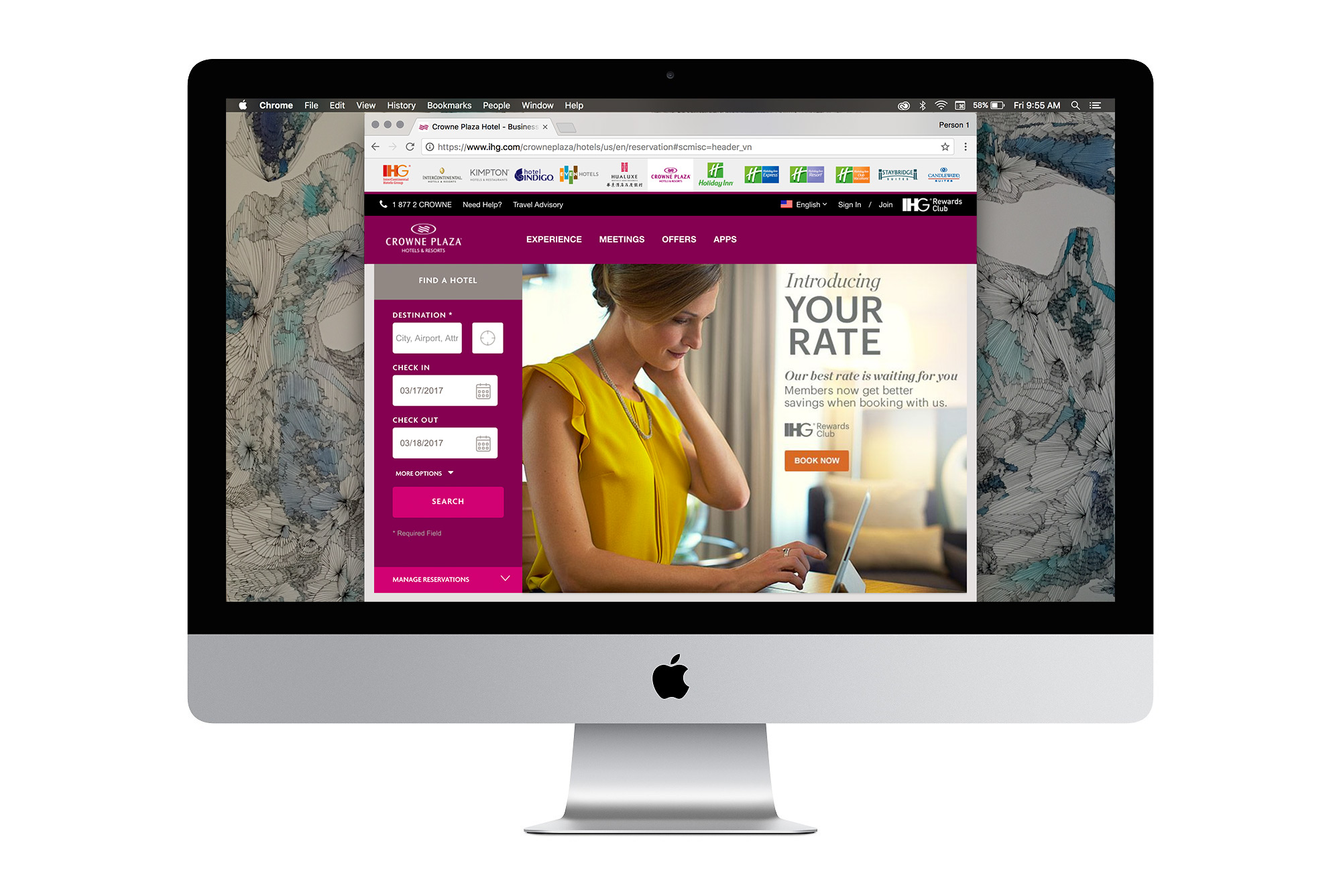 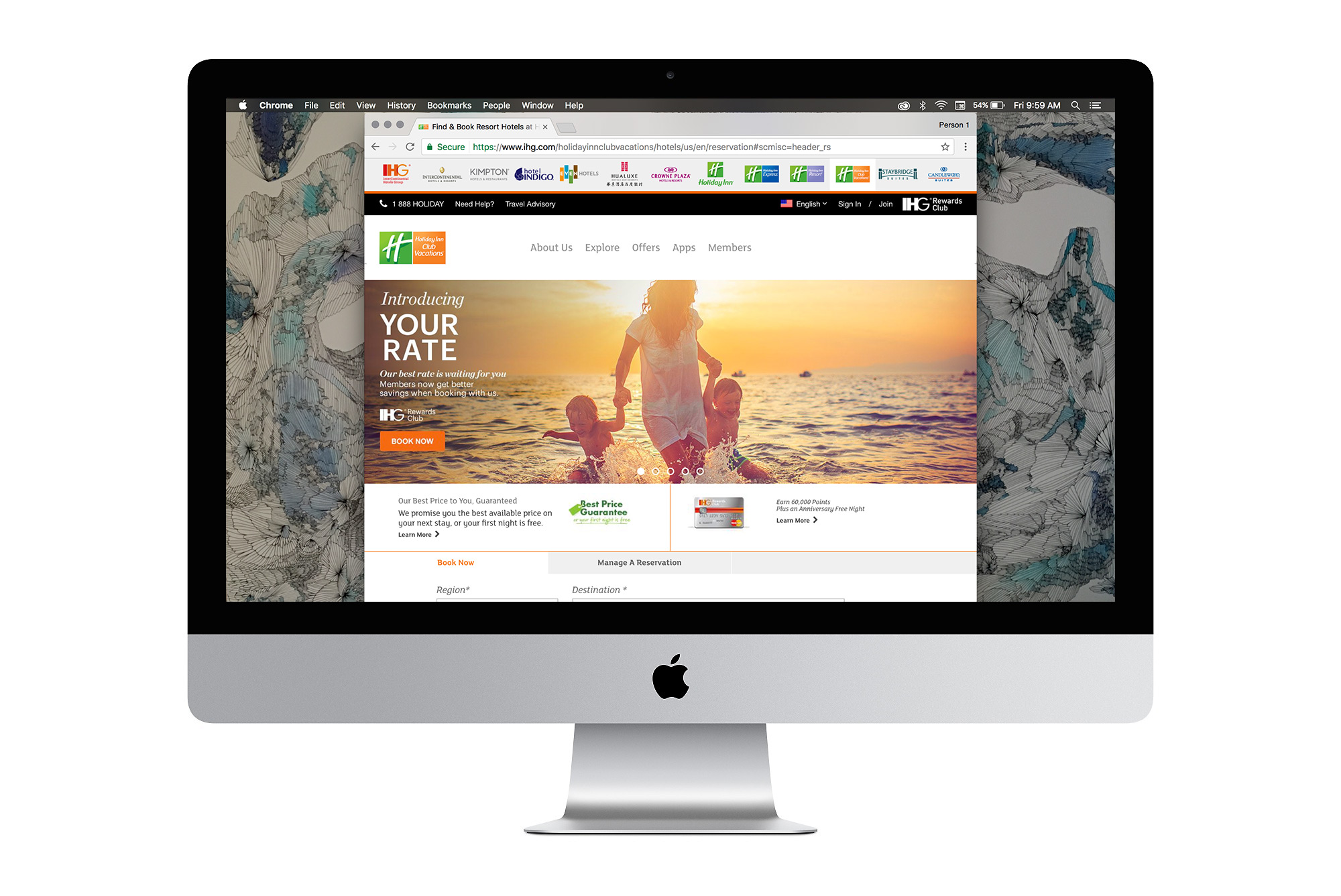 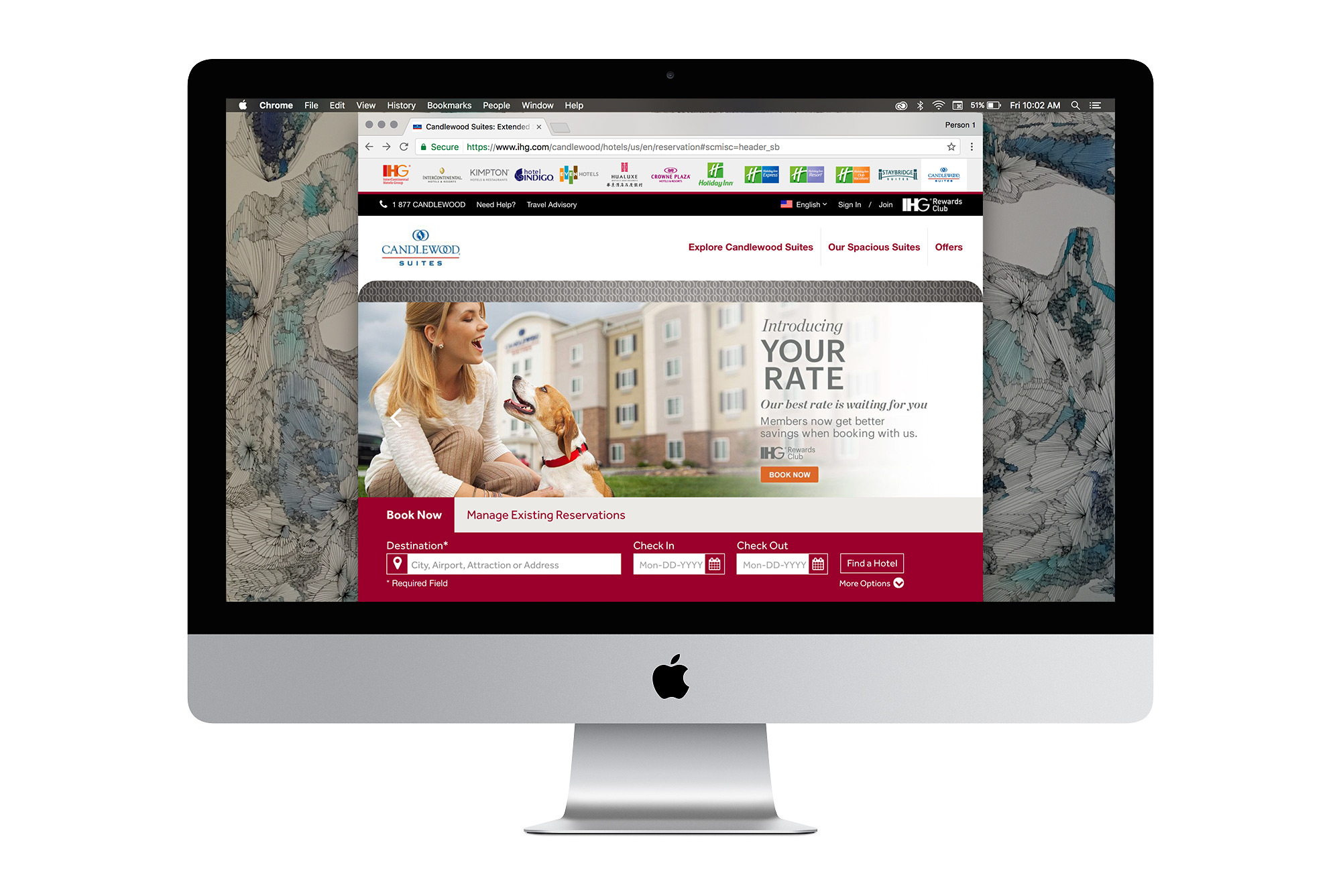 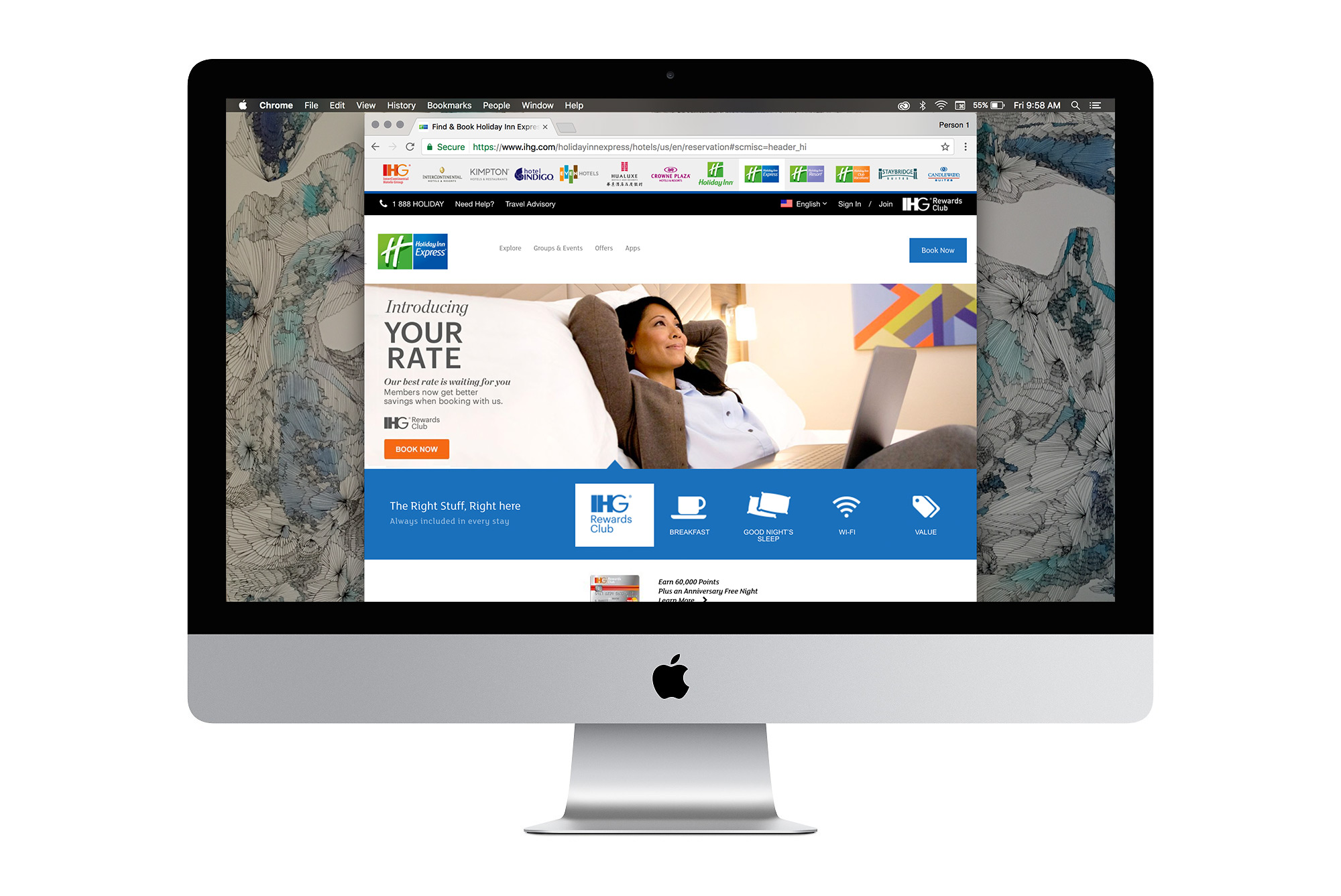 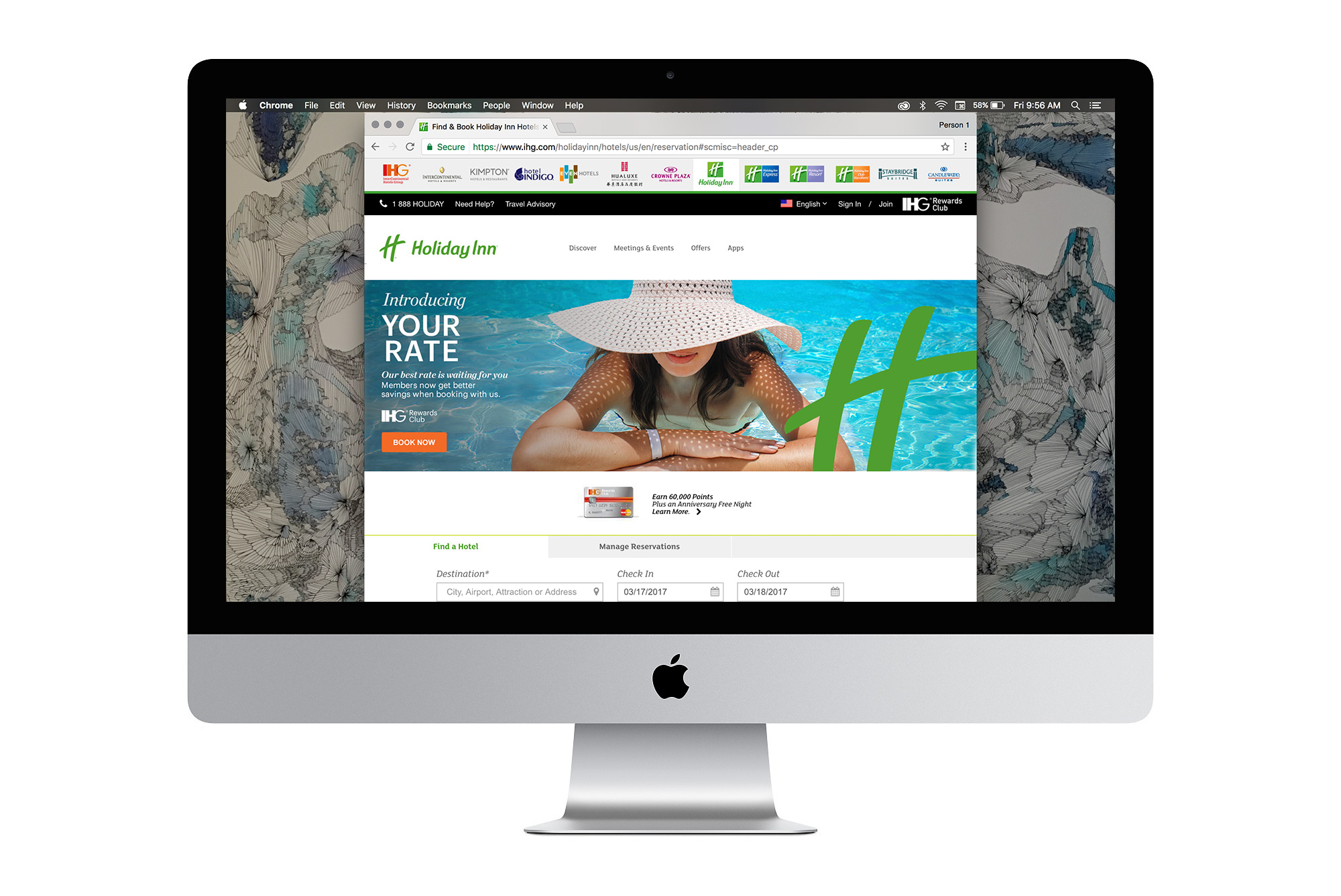 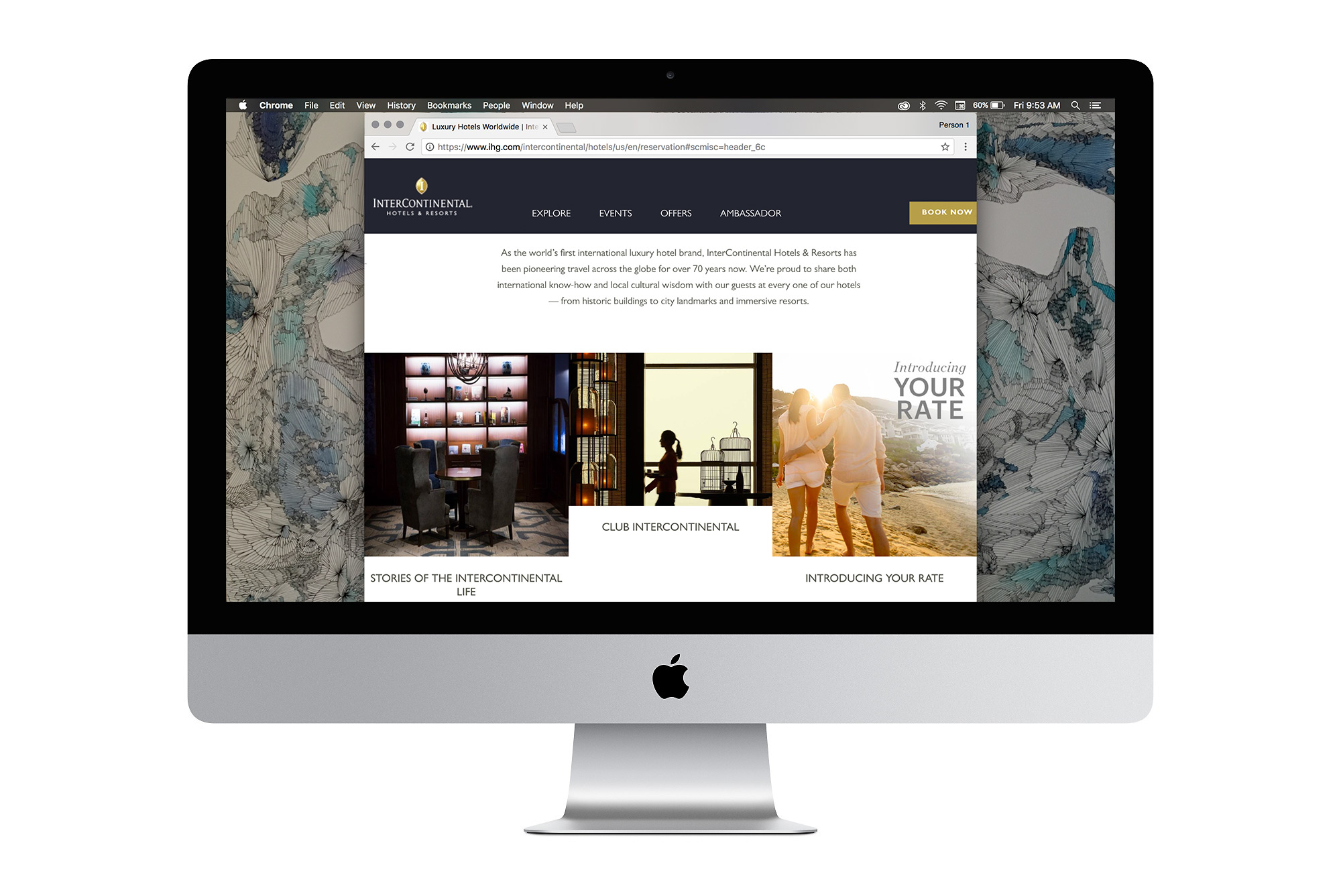 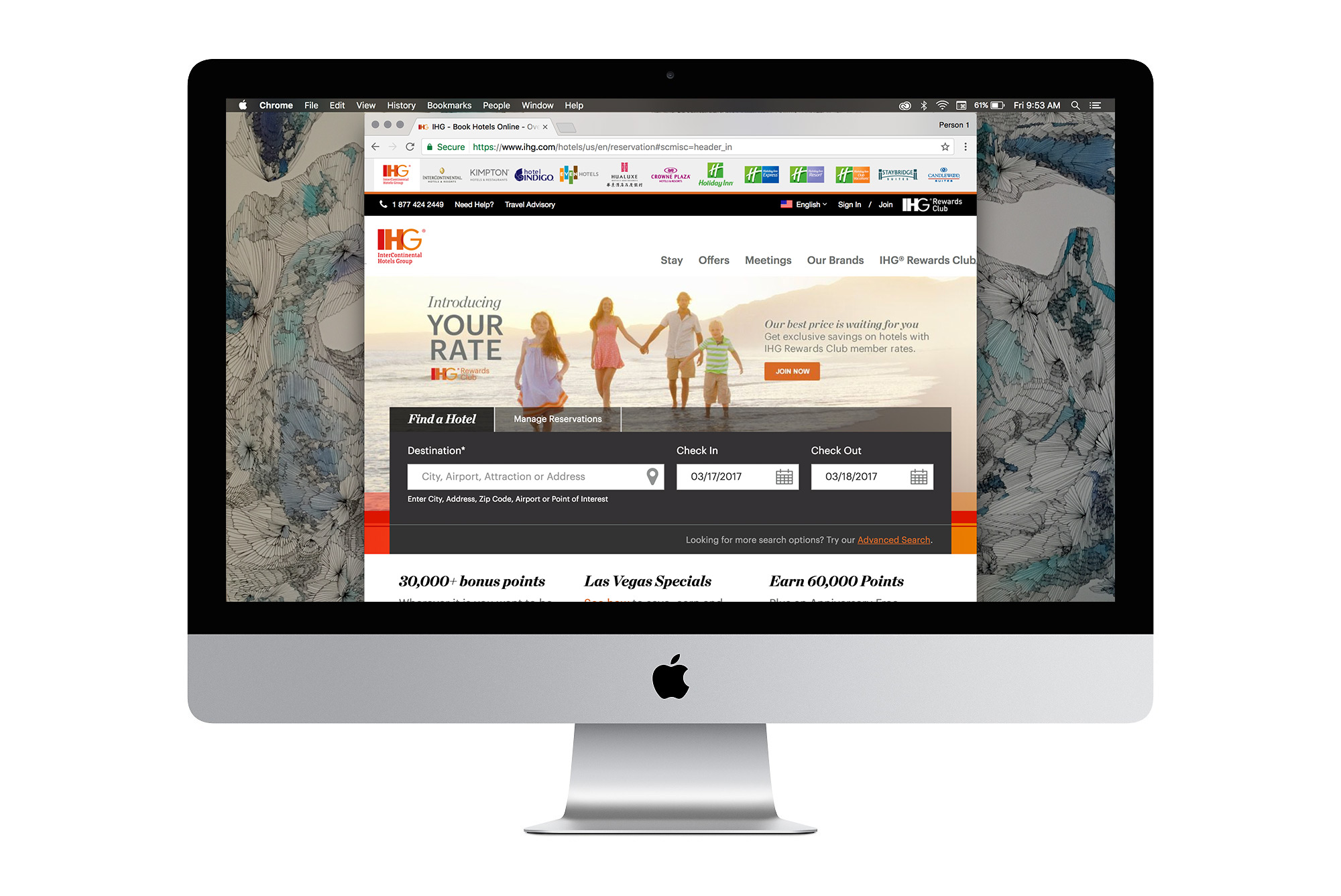 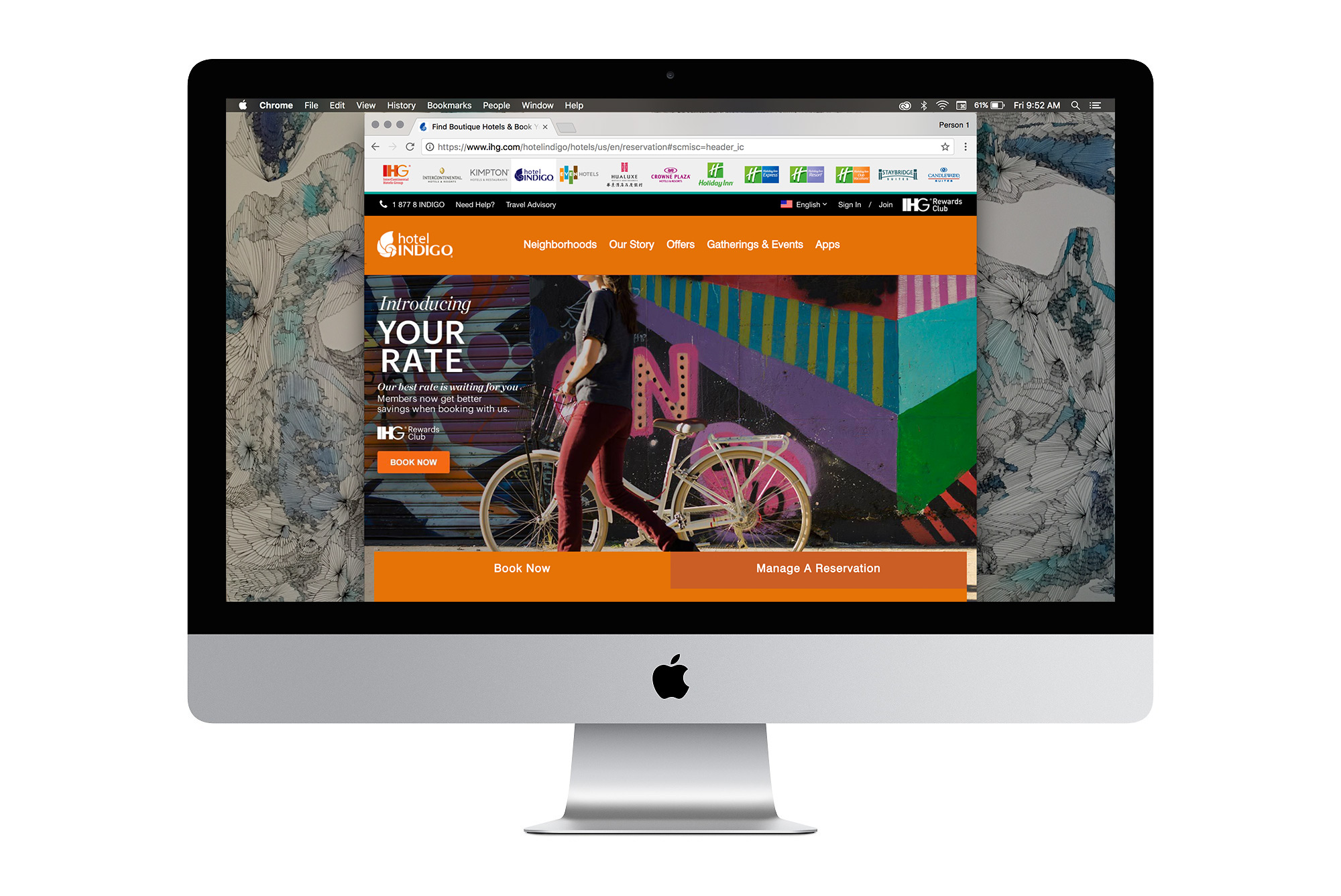 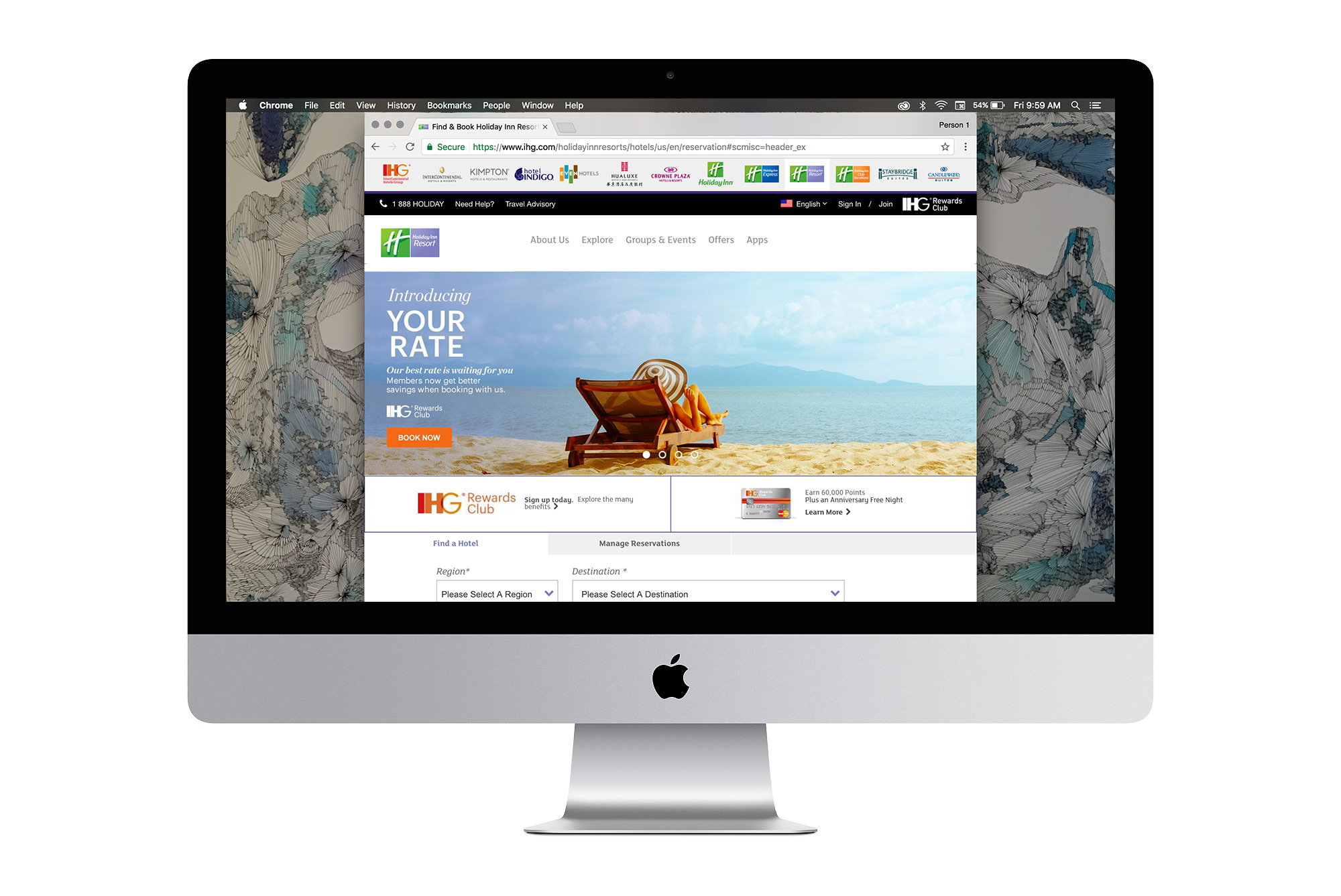 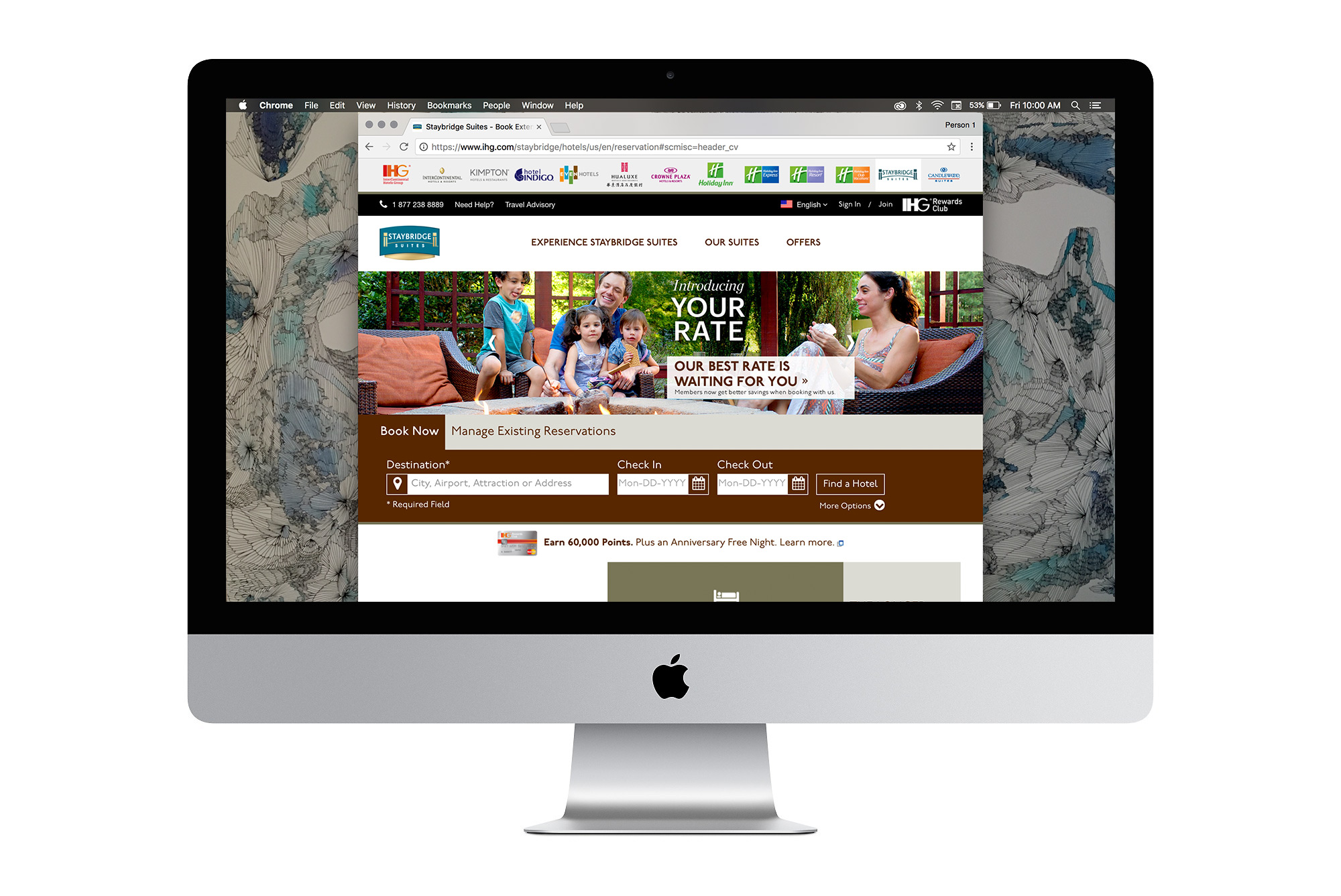 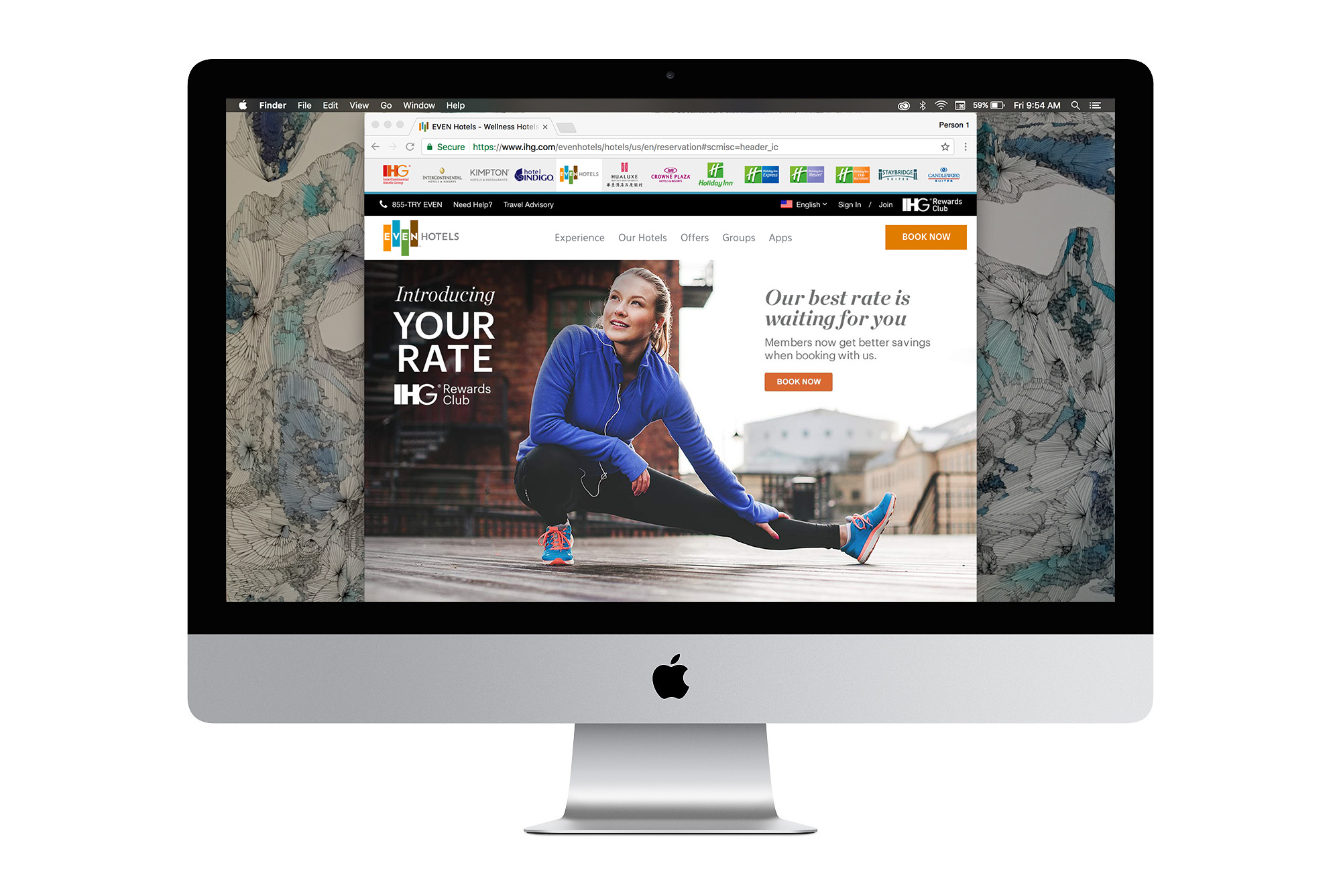 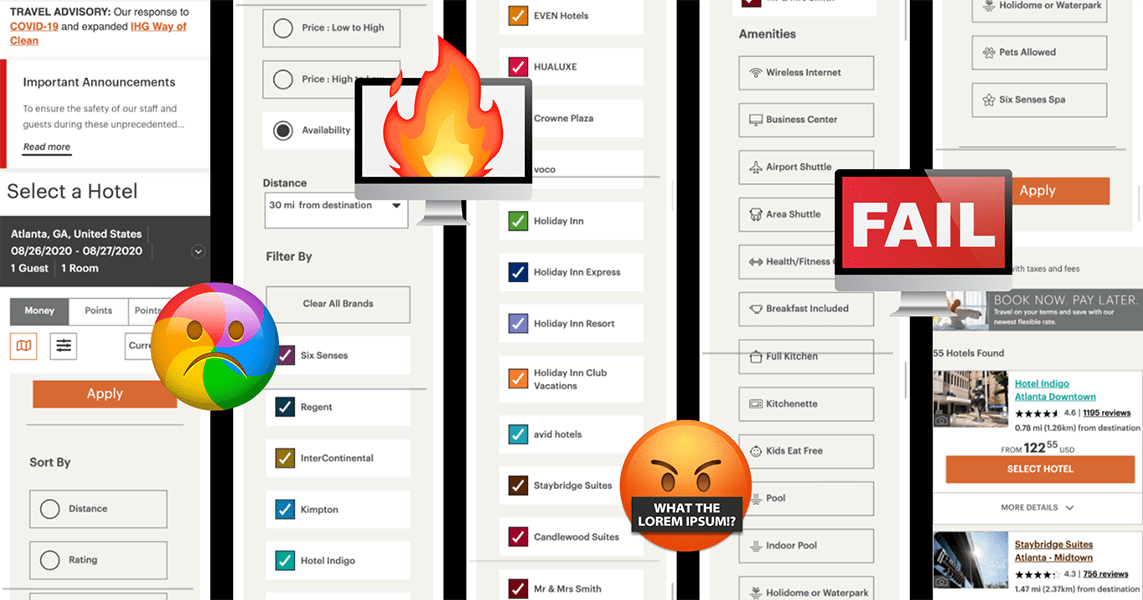 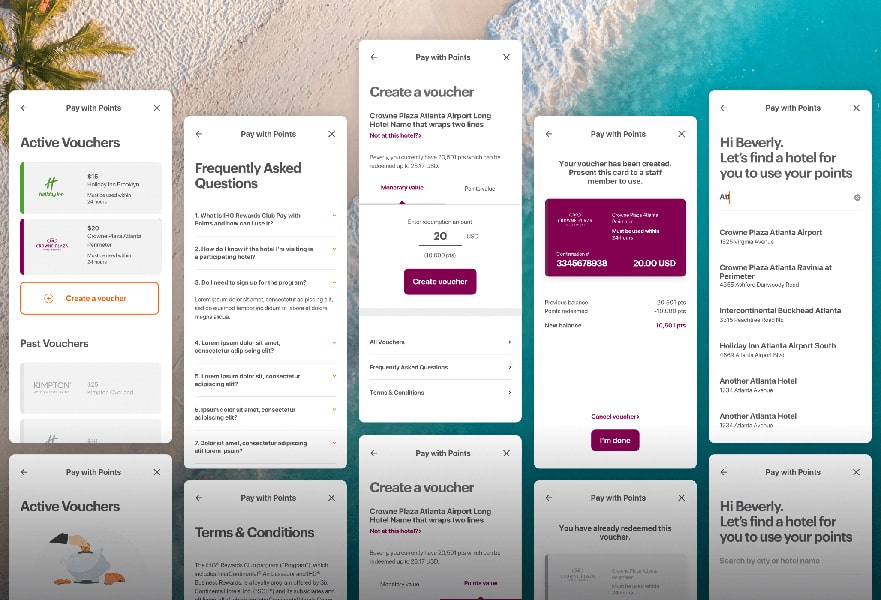 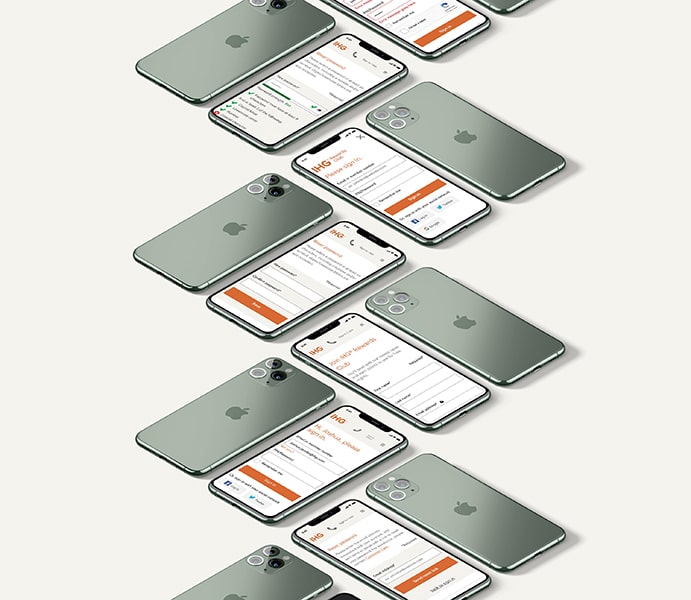 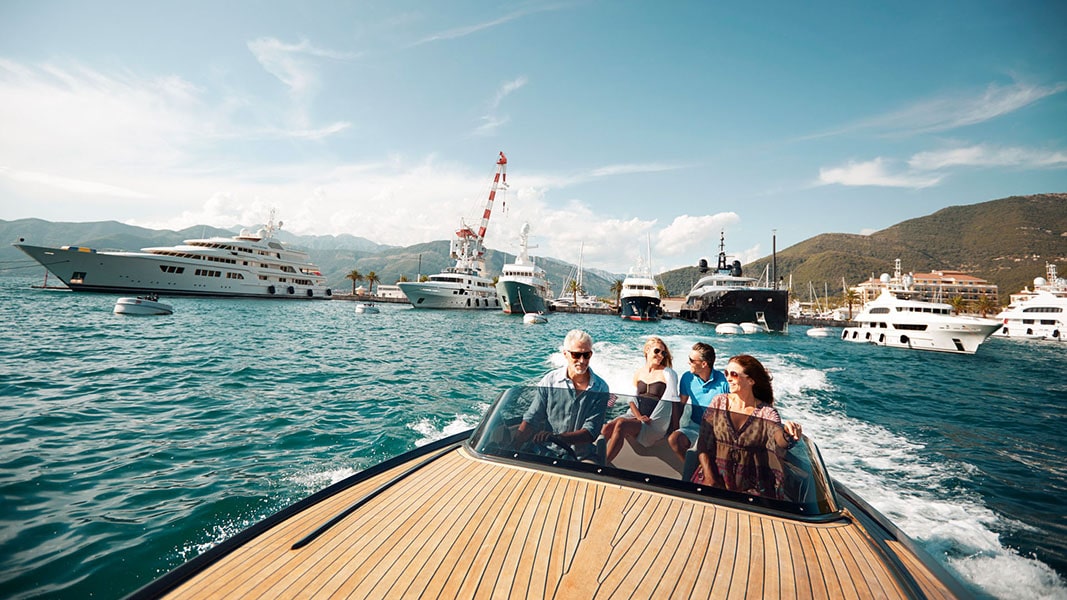 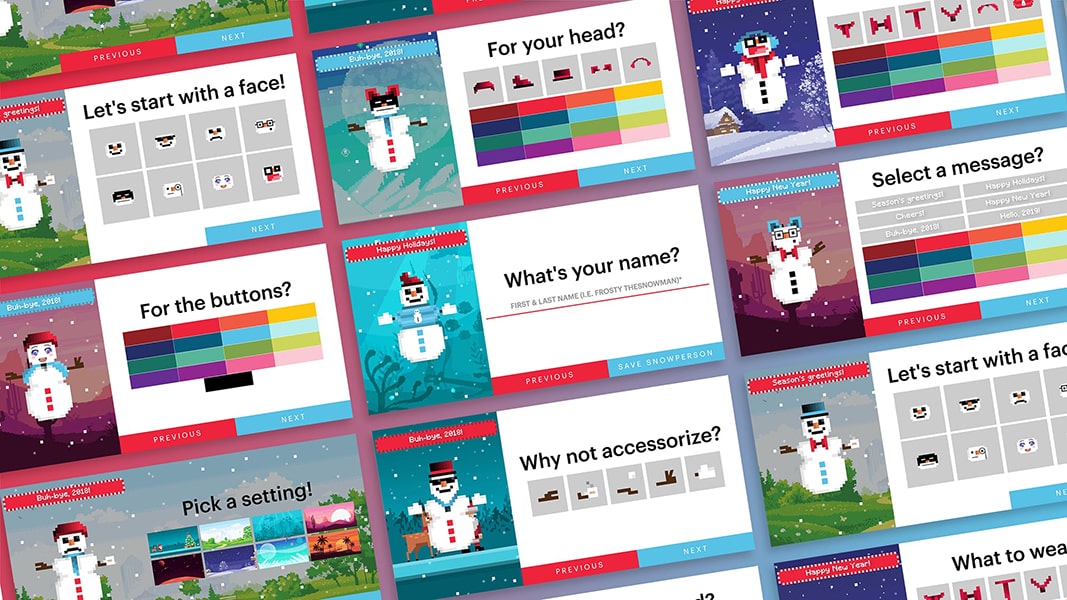 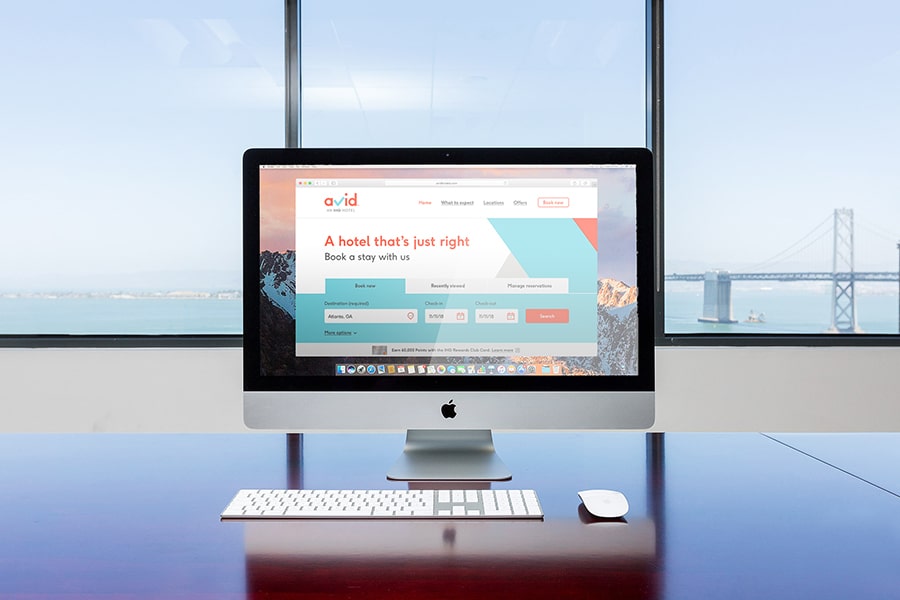 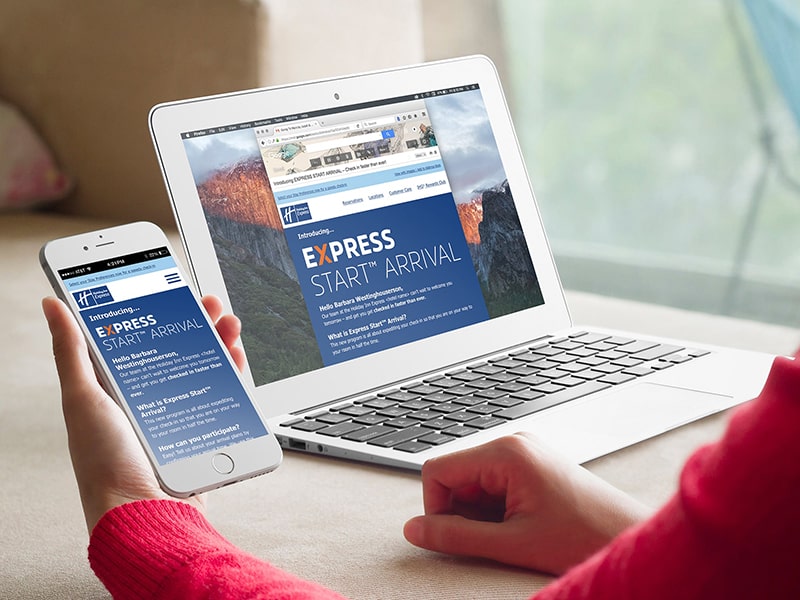 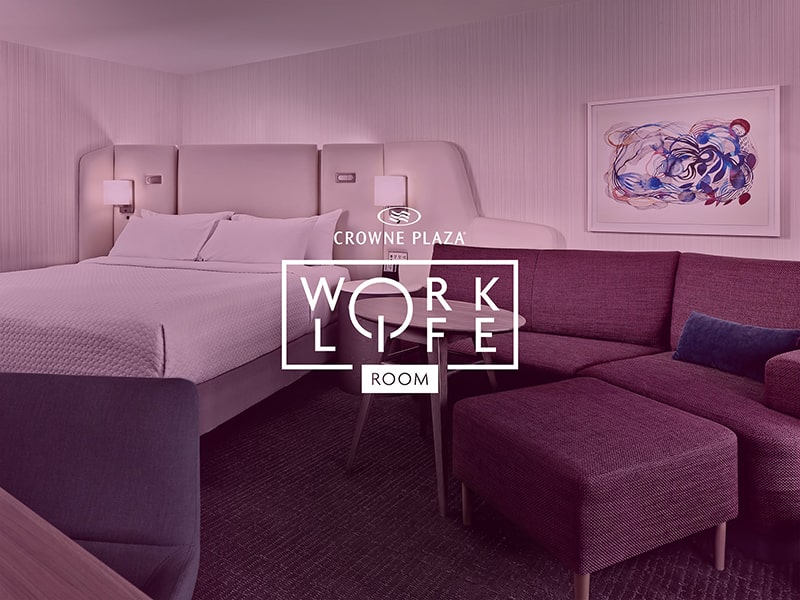